A word from our board president, Nancy Nixon:

Progress is becoming visible as we close in on the completion of the expanded lobby. Our entire board is volunteer, but one member deserves special recognition. Mark Orgren is our building supervisor and commonly puts in 40-plus hour weeks on our behalf- all gratis! We are entirely grateful for his dedication to the restoration process and now with the addition of the 480 Main building the scope has doubled. One recent day there were six separate sub-contractors in the building at the same time. Mark is omnipresent and one heck of a mutli-tasker! Thank you, Mark!

All of this progress is only possible because of the generosity of our donors. We are ever appreciative of you!

Purchase of the Wright Next Door

Our major success/burden/ this year is the purchase of Wright Next Door (Candy Store Building at 480 Main). When the price for the building was reduced, the Board of Directors of FWOH felt we had to step up and acquire it. Several of our directors provided the funds for the down payment and we are now paying off a mortgage. The ability to brace our grand old lady Wright using Wright Next Door on the north side is the perfect remedy for her “leans”. The $500,000 we anticipated spending for the bump out on the west side of the Wright to accommodate dressing rooms, green room and bathroom can now be accomplished by a door way between the back of WND and the Wright. This also means we won’t have to dismantle our west wall. With rental income from WND, we will have a net profit of approximately $24,000 per year that can be used for Wright Opera House operation.

Getting the retail and residential spaces in decent shape has been a HUGE endeavor by several dedicated volunteers. All of the spaces needed a major makeover: pet-urine remediation, all new flooring, new appliances, and new paint. Six of the seven units have been completed and are rented-out or reserved. 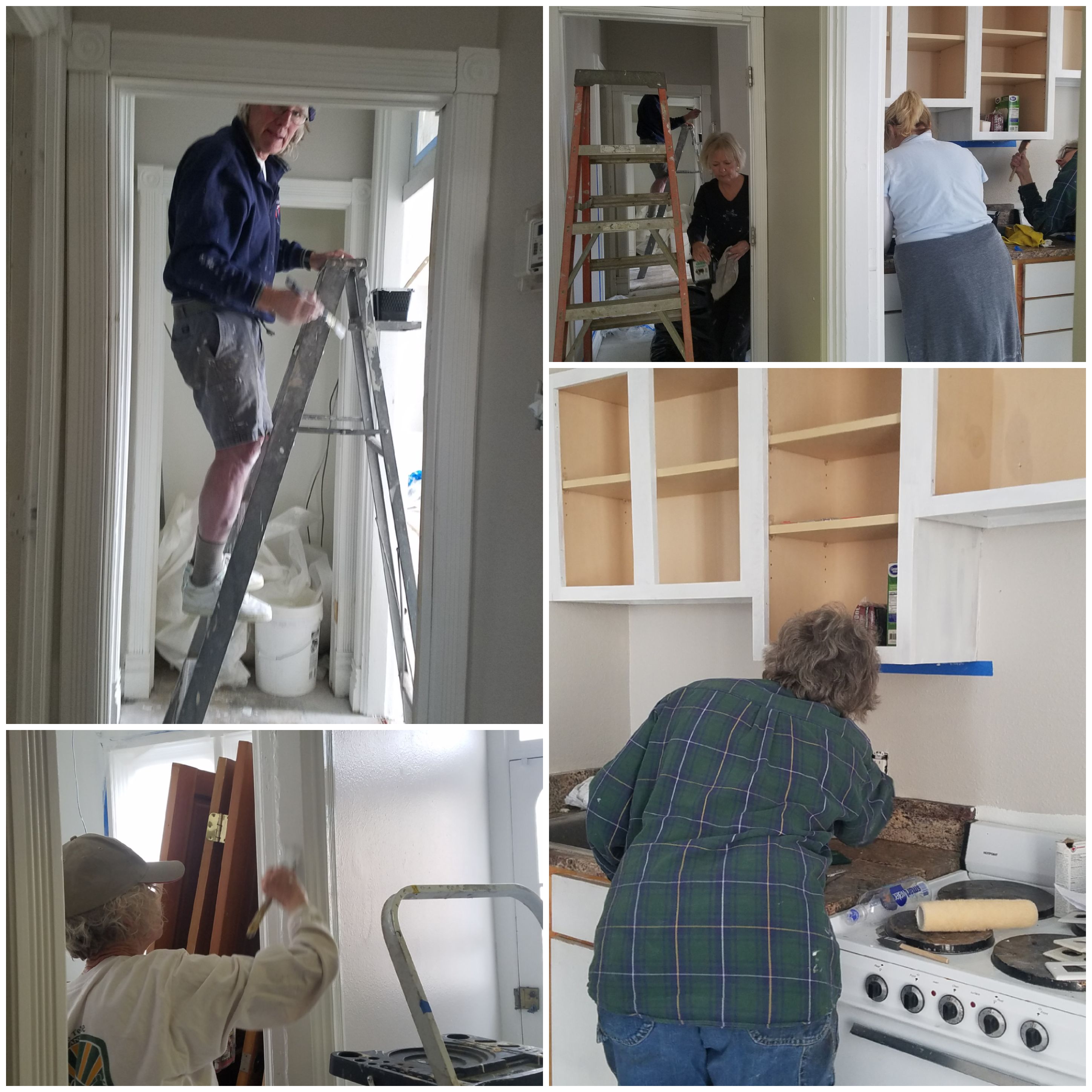 Saying “thank you” doesn’t cover the gratitude FWOH has for the wonderful folks who helped turn the truly awful mess we found in the five 480 Main apartments and the Candy Store into rentable spaces. This was hard, dirty work not usually associated with “opera house volunteer.” Many of the same folks worked at the sale we had for equipment and furnishings from the retail store. Kent Nelson, Francie Tisdel, Diann Correll, Carol Pandorf, Vickie Clark, Di Rushing, Kate Ritter, Enda Junkins, April Underwood, April Orgren, Terry Kiser you are the best !!!

Hats off to our intrepid leader, Nancy Nixon for organizing the sale of many Candy Store fixtures and appliances, bringing in $ 2500. The remaining items from the Candy Store will be sold at a yard sale this summer.

Status of the Renovation Project

The discovery of the seriousness of the north lean put a wrench in our FIVE Phase plan. Many aspects have been completed, but we have had to put a few on hold. Here’s where we are so far with our 2016 Capital Campaign.

The funds spent on structural engineering plans were totally unexpected and cut a hole in our budget.

Along the renovation way, there were a few other surprises: a fire in the building that required us to replace ceiling joists; concrete floor that needed to be removed in order to install toilets; high levels of radon in the basement. We also found a beautiful brick arc behind the plaster in our Tavern space. Even better, the arch is exactly where we intended to locate the bar.

With all the construction going on behind the street level lobby, we have managed to keep the Wright open thanks to the ingenuity and cooperation of our workers under the direction of Mark Orgren. Plays, dance practice, movies, art shows, concerts have continued along with hammering, sawing and dust.

Wright Next Door: Base Camp Ouray 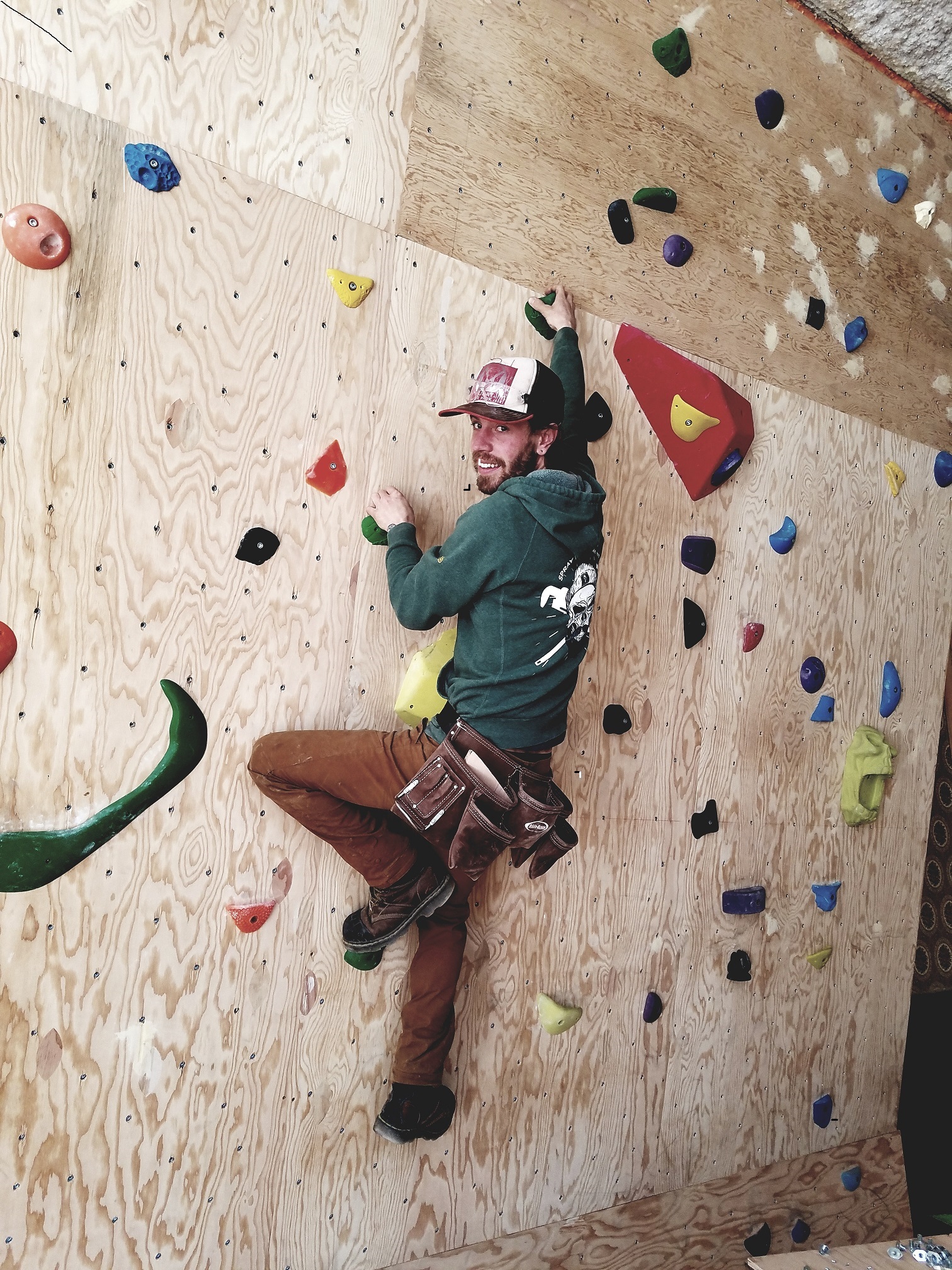 The Wright is happy to be part of a new venture at Wright Next Door: Base Camp Ouray, a bouldering and climbing gym. Base Camp is the brain-child of Logan Tyler, a local climbing guru. Logan is packing two climbing walls, coffee lounge and a bouldering gym into the old Candy Store space.

The Base Camp will be a hub for climbing activities in Ouray, bringing a new look and energy to the corner of 5th and Main. 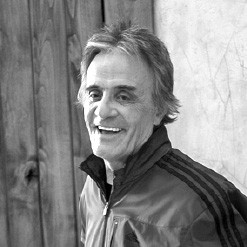 A big thank you to Terry Kiser for sharing his insights, knowledge and experience during his seven week “Beyond Acting” class. The proceeds from the class will go toward the new Tavern project. Larry Meckel will be back with his latest project for Denver University, Human Evolution. This will be a two part series, first starting the end of May and the second part in Oct. Check our website for full details. 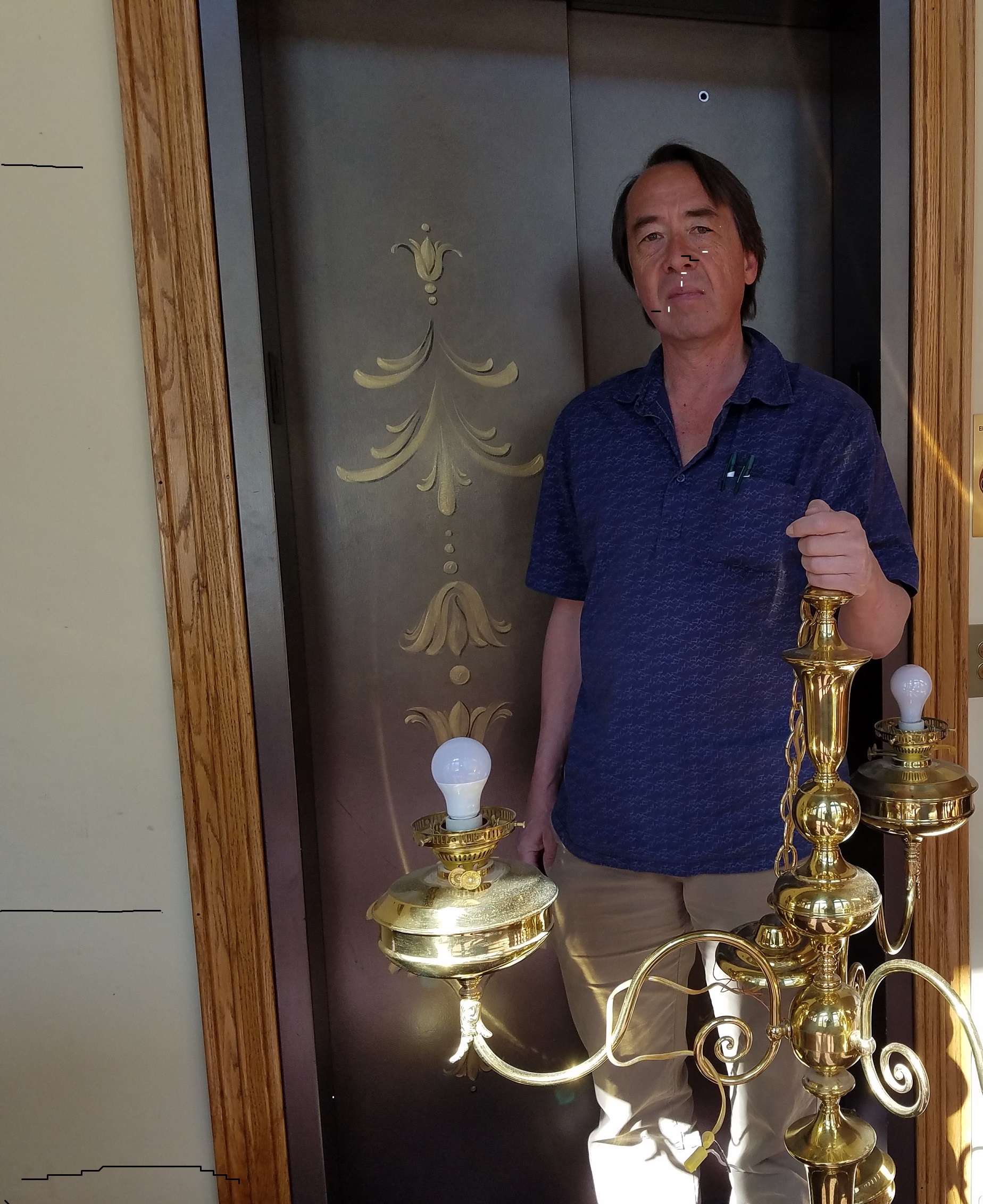 Marc Hitchcox is a 25 year resident and works as a Realtor at United Country Sneffels Realty. He also owns Ouray T-shirts and Momentos in Ouray. He has volunteered many places around the County. Most recently he was with Ouray County Emergency Medical Services but he's also a current Elk member, a former coach of the Middle School girl's soccer team, and served on the Ouray City Council. He also teaches a smartphone class for seniors at the Pavillion in Montrose and teaches Tai Chi at the Community Center in Ouray. He appreciates having the varied entertainment the Wright Opera house hosts so joined the Board to help out. 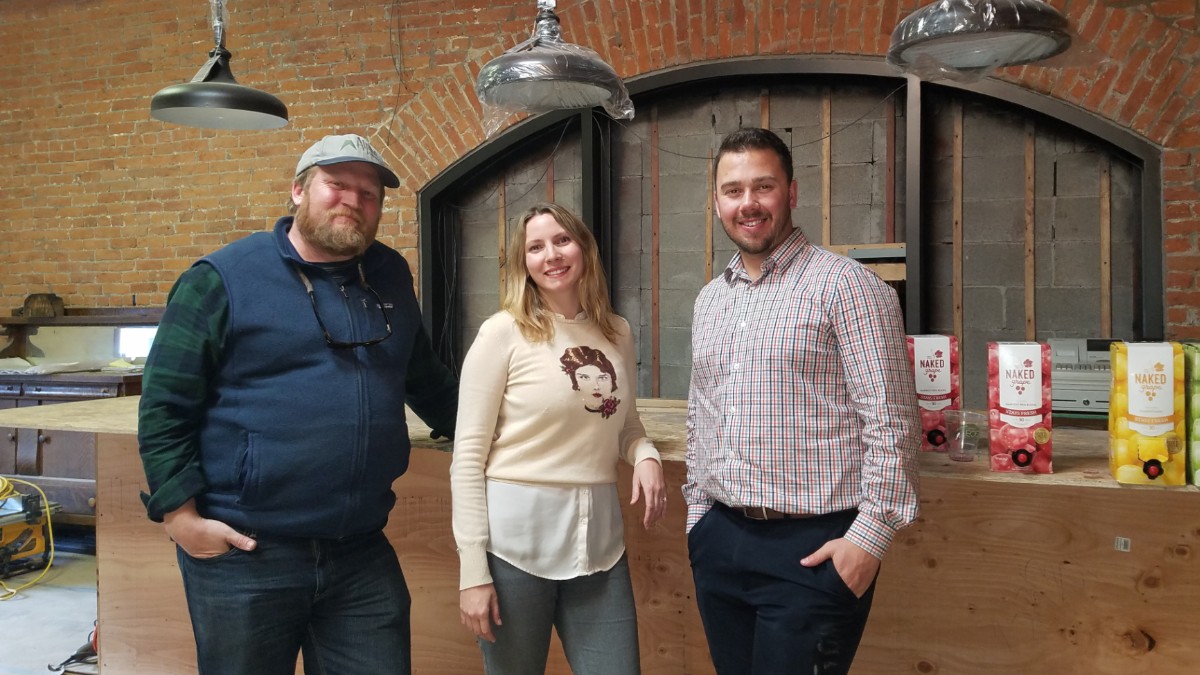 Kate Ritter left life in Los Angeles as a film executive for beautiful Ouray in 2018. She currently serves on the Social Media and Marketing team at Citizens State Bank, and joined the Board of Directors for the Wright Opera House in January 2019. She studied producing at the University of Arizona with a minor in theatre arts prior to moving to Los Angeles, where she served as the Creative Executive of Bold Films, an independent production and film finance company dedicated to providing an artistic haven for filmmakers. Bold Films produced the Jake Gyllenhaal-starrer NIGHTCRAWLER directed by Dan Gilroy, as well as Damien Chazelle’s award winning WHIPLASH, starring Miles Teller and J.K. Simmons, which garnered three Academy Awards. Prior to joining Bold in 2014, Ritter served as assistant to the President of Mandalay Vision, Mandalay Pictures’ independent financing label. Although life as a film executive is behind her, she is thrilled to help local arts flourish at the Wright Opera House.

Braydin Mehnert grew up in Denver, Colorado, and graduated from Fort Lewis College in 2017 with a degree in Finance/Economics. He is a Branch Manager for Citizens State Bank of Ouray, and serves as a member of the Ice Park Advisory Committee in addition to his duties as part of The Wright Opera House Board and Finance Committee. Braydin is serving his first term on the Wright Opera House Board, and has been a great asset in the acquisition of the Wright Annex Building and further advancing our financial goals.

Kit Meckel is an integral part of the redesign and renovation of the Wright Opera House. He and Mick Graff have worked hand in hand on FWOH grant applications to the State Historic Fund. Kit grew up in Texas, but spent summers with his family in Ouray. He graduated from Bates College in 1999 and received his M of A from the Savannah College of Art and Design in 2005. Kit’s company is Meckel Design Build LLC. We are glad to have him on the FWOH bard where he will be a member of the building committee , continuing to work as a design consultant and master planner.

We are sad to say goodbye to Nikki Ticherich, WOH Operations Manager. This spring, Nikki and her family will be leaving the area on an extended trip around the US, visiting friends and family. We have all enjoyed working with Nikki these past three years. We will miss her upbeat can do attitude and we will miss baby Ila.

In June, Alyssa Preston, our events manager, will take on the full time job of Executive Director of the Wright Opera House. Alyssa is well known as the director of Ouray School plays as well as the WOH summer melodramas. We are happy to have her on board full time.

A Gift to the Community

Enough of this complaining and bragging…..down to the nuts and bolts.

We need your financial support to finish up this project in order to continue providing programming and to operate the business. Donations toward a specific project or piece of equipment for the Tavern would be great. We will happily name an extractor fan, bar stool, or the bar itself after you.

Please become a member of the Friends of the Wright Opera House and be a part of this incredible project. 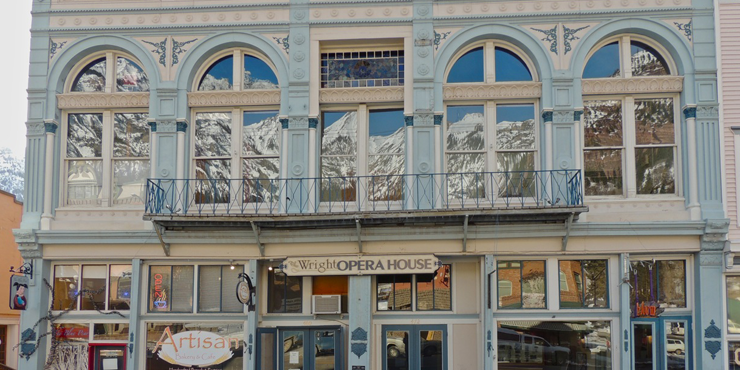 A gift to the Wright is a gift to the communities of southwestern Colorado. The San Juan Mountains and the towns of Ridgway, Ouray, Silverton, Durango and Telluride are world-class destinations for anyone seeking natural beauty. Let’s work together to make our cultural offerings rival what nature has provided.

Benefits of Membership Lobby recognition as a Friend of the Wright.

We need your input!

We're running a very quick survey to help with our programming and marketing. Please take a moment to provide us with your insight!