It Takes A Village...

It takes a village would be an understatement for the efforts of our donors, volunteers, staff, and board of directors in moving the Wright Opera House closer to completion of our restoration in service of our mission. Preserving, restoring, and adding 21st-century technology to historic 19th-century buildings does not happen without setbacks. Nor does it happen without the full support of a dedicated community. Thank you for your perseverance and dedication to the Wright. Your generous contributions of dollars, time, materials, labor, and love is making the Wright right again! ~ Nancy Nixon- Board President

A huge thank you to Jim Schmidt and Sally Gould for their generous donation of $50,000 to be used for updating and replacing the electricals at the Wright. Jim and Sally have been regular donors for the past 4 years, and their generosity has helped make possible purchasing and wiring new state-of-the-art lighting! Jim and Sally are summer visitors to Ouray County, hailing from Ocala Fla, where Jim is a distributor for parts for classic cars. They first visited Ouray in 1970 and decided they would eventually like to return and in 1985 they bought their house just outside of Ouray. Jim says the thing that drew him and Sally to the Wright was the effort to restore and maintain a historic building in Ouray. Their commitment to the Wright is most appreciated.

The fundraising efforts for the remodel of the building continue with a grant application to El Pomar Foundation for $70,000. The first week of July, board members from the Telluride Foundation, also funders of our remodel, visited us to see the progress we have made to date.

The Wright has a stellar programming schedule for the next six months including theater, music, art exhibits, dance, lectures, and our Wednesday night movies. To help pay for this programming, local businesses have sponsored the events and paid for pre-movie advertising. Thanks to the following businesses and individuals for making it possible to bring high quality programming to our area.

Progress on Renovating the Wright

Renovating the Wright! From above the rooftop, to below the foundation we’ve been quite busy with construction since the last newsletter. The old swamp cooler was replaced with new rooftop air conditioners. These new units are keeping the theater space much more comfortable, even during warm summer performances. 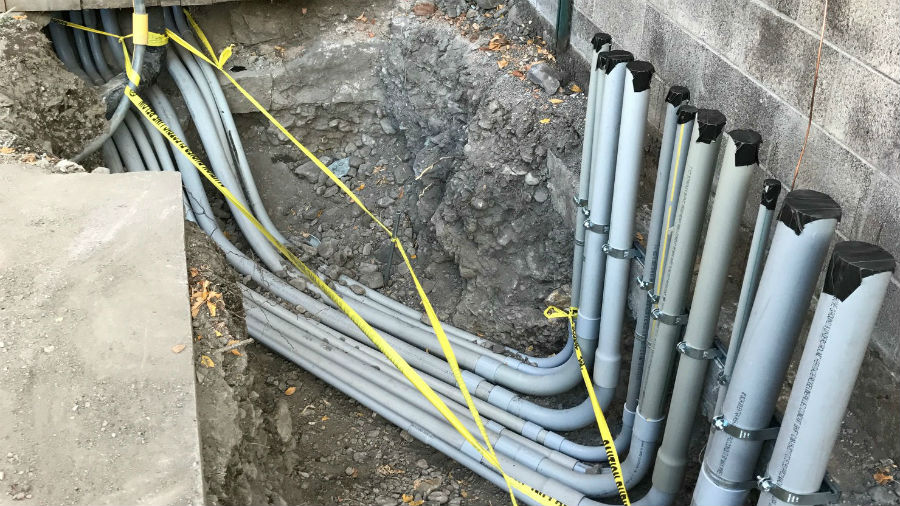 We dug under the back of the building out to the alley to install all new electric service, fiber-optic internet and new sewers for the new ADA restrooms. New wiring, plumbing and fire suppression systems are currently being installed throughout the entire building. If you attended the Melodrama during July, you probably noticed that beautiful new computer-controlled stage lights and house lights have been installed! 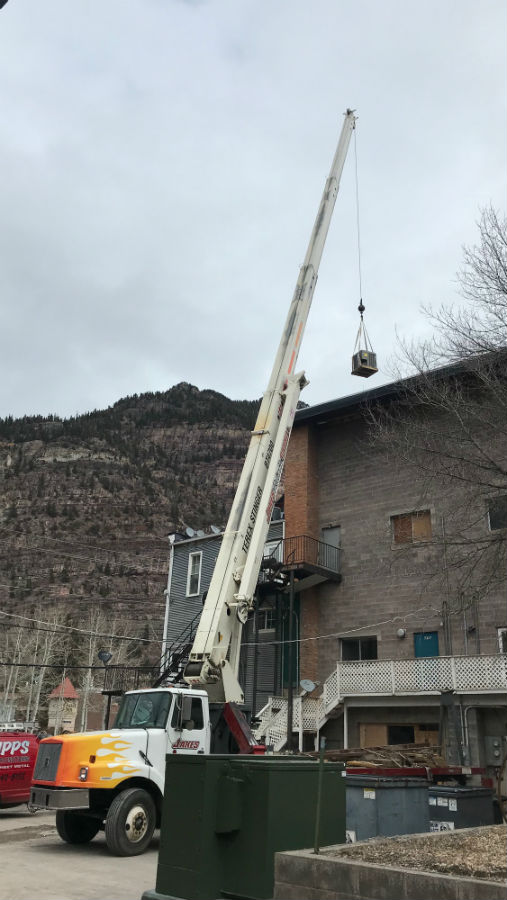 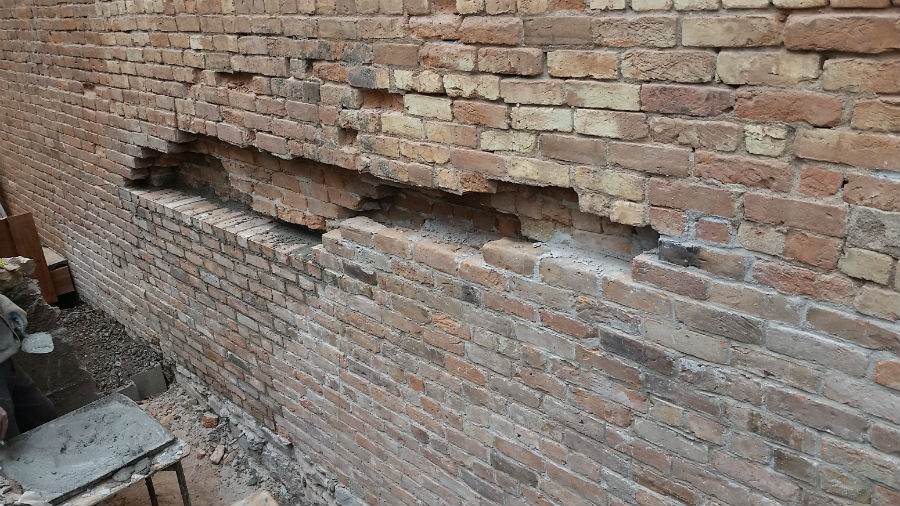 Additional structural repairs to the brick and stone walls, as directed by our engineer, are underway. The lower (alley) level space is being converted into high quality rental units with expansive views to the west. Dedicated handicapped parking and flat wheelchair access to the elevator is being built on this level too. When most of the structural reinforcing and all of the requisite infrastructure work is complete, we will install the finish materials in the huge new street-level party space and in the new street level restrooms. Please stop in any time to tour the amazing renovation progress being made with the help of your generous donations!

The Heart of the Wright: An Update on Programming 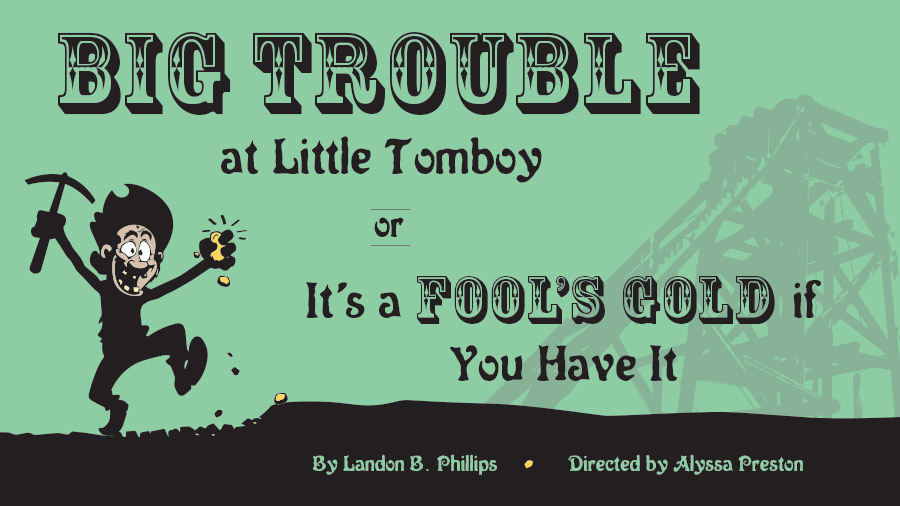 This year’s melodrama continued the annual tradition of fun and hilarity in July at the Wright. “Big Trouble at Little Tomboy or It’s a Fool’s Gold if You Have It” told the tale of how Buster Fussbucket gets the girl and the gold. Of course, the villainous Phineus Pendergast plotted to steal both, but was is foiled in the end! We were so glad to add some new faces to our troop of regulars this year. With poetic justice being the standard for a melodrama, there are no surprise endings, but the antics in this year’s production had the audience laughing all the way to the happy ending! Another successful run of the melodrama this year brought three sold out nights and community members signing up for next summer’s auditions.

After a successful debut last year with Jack Canfora’s Thanksgiving drama Jericho, and its collaboration with the Sherbino to bring Hedwig and the Angry Inch to Ouray County, UpstART Theater returns to the Wright this month with a No Holds Bard production of Shakespeare’s wonderful romance The Winters Tale. Like last year’s The Tempest, this is one of his last plays, and it is as if Shakespeare has decided to ignore every rule of theater, and create something entirely new. UpstArt’s performance of The Winter’s Tale was welcomed by a supportive community and we look forward to continuing this summer tradition.

And then, in October, look out for Thornton Wilder’s Our Town. Perhaps the most beloved play of the American canon, it reminds us all of the inestimable value of every moment. As always, UpstART will bring actors in from Denver, Chicago, and New York to play with locals and create professional quality theater right here in Ouray’s Wright Opera House.

Upcoming events at the Wright! 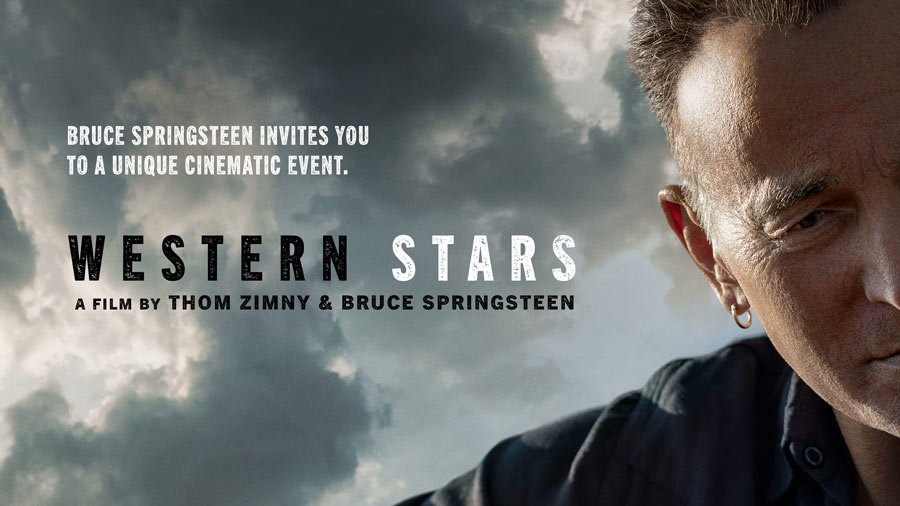 “Western Stars” is a cinematic film version of Bruce Springsteen's latest globally successful album of the same name. Springsteen's longtime collaborator Thom Zimny directed the film together with Springsteen, marking Springsteen's directorial debut. The film "Western Stars" offers fans the world over their only opportunity to see Springsteen perform all 13 songs on the album, backed up by a band and a full orchestra. 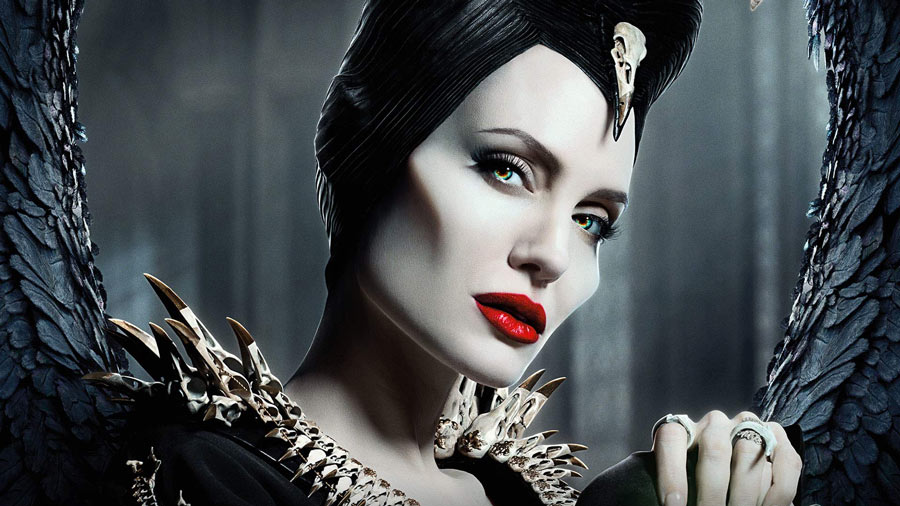 Maleficent travels to a grand old castle to celebrate young Aurora's upcoming wedding to Prince Phillip. While there, she meets Aurora's future mother-in-law – a conniving queen who hatches a devious plot to destroy the land's fairies. Hoping to stop her, Maleficent joins forces with a seasoned warrior and a group of outcasts to battle the queen and her powerful army.

Thanks to our Sponsors 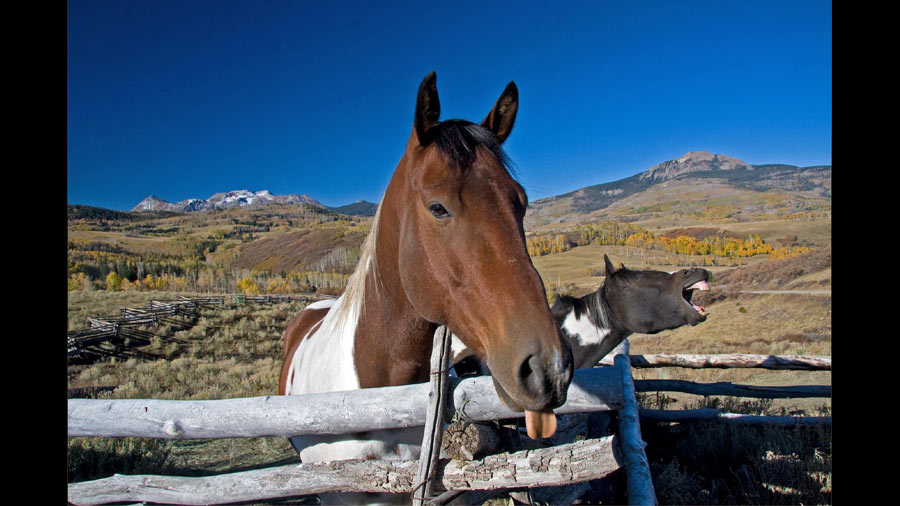 Wanderings in the Wild

Wanderings in the Wild

The Wright Opera House in Ouray along with the Ouray County Arts Association will host “Wanderings in the Wild,” a photography exhibit by Ridgway wildlife and nature photographer, Alissa Crandall.

At the age of 13, Alissa built her own darkroom and began selling her photos to newspapers, magazines and individual clients. She has studied with Ansel Adams and other well-known photographers. Alissa holds an AS degree in Photography and a BA in Journalism. Her travels have taken her to every state and many continents, including; Antartica, Asia, Africa and South America. Her work has appeared in Alaska Magazine, Backpacker, National Parks, Outdoor America, Wildlife Conservation, BBC Wildlife, as well as several of her own books and calendars.

“Wanderings in the Wild” will run from February 1 through March 13, and will open with a public reception on Saturday, February 1, from 4-6 pm at the Wright Opera House. Refreshments will be served. For more information: OurayArts.com. 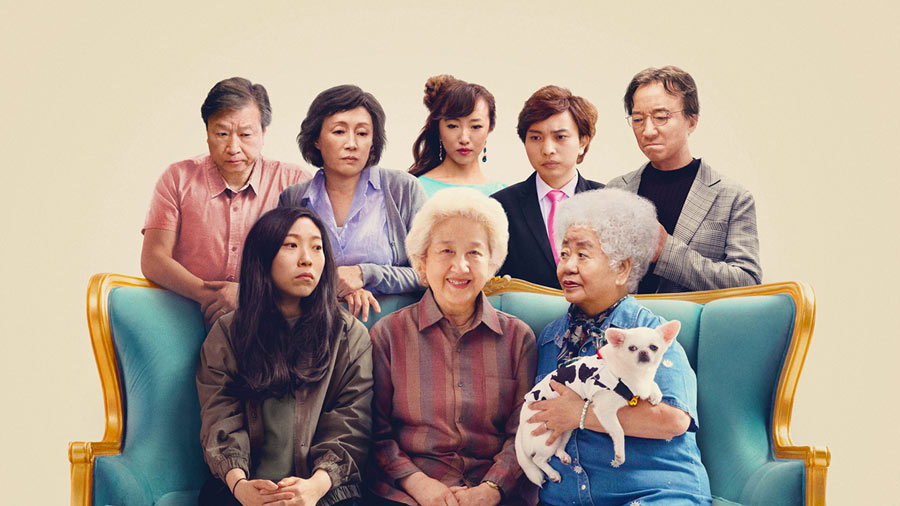 Billi's family returns to China under the guise of a fake wedding to stealthily say goodbye to their beloved matriarch – the only person that doesn't know she only has a few weeks to live. 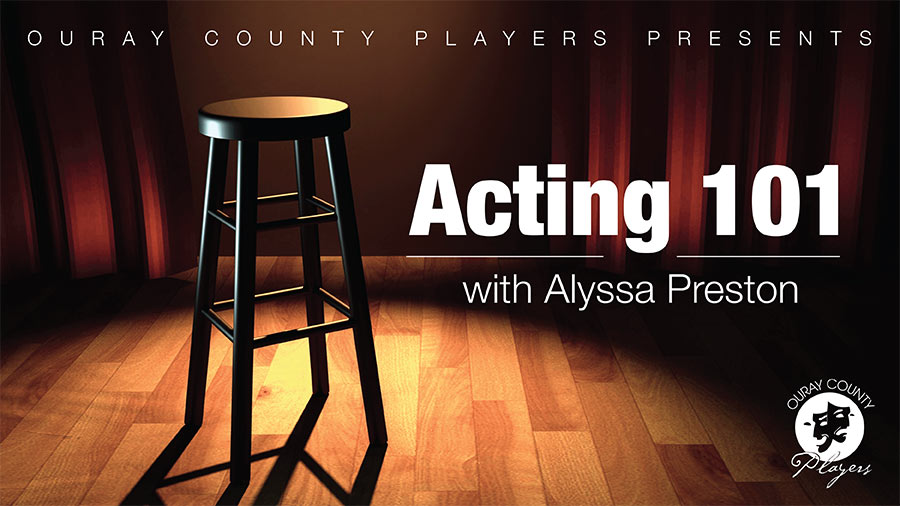 Join Alyssa Preston as she teaches you how to develop a character from audition to performance. She will also touch on different styles of character development, which will include the progression from classical acting to modern acting.

This is a six-week acting class. Participate in all six classes or join us for one or two! This class will also include a workshop with guest artist Kate Kissingford.

A gift to the community

A gift to the Wright is a gift to the communities of southwestern Colorado. The San Juan Mountains and the towns of Ridgway, Ouray, Silverton, Durango and Telluride are world-class destinations for anyone seeking natural beauty. Let’s work together to make our cultural offerings rival what nature has provided.

Thank you for being a part of the Wright's success!